I know! I Know..it has been a million years, but I am back. I hope you all had an amazing 2017 and start to the new year so far. One of my major resolutions for 2018 is to start blogging again. Life got the best of me last year, and between moving and facing new challenges in my life I just lacked the inspiration and time to blog. One of the things I like to do at the end of each year is to reflect on what I can do better or be better at in the next year. For me one of the things that I really missed doing was blogging, because it was a way for me to create and share as well as show my creative side, and a fun way to write and interact with the world.

So hears to all of us doing our best to fulfill all of our resolutions for the years as best as we can. I know that life happens and sometimes it can be hard but if we push through we can achieve all of our goals! Cheers to the new year and I hope you all have a great 2018! 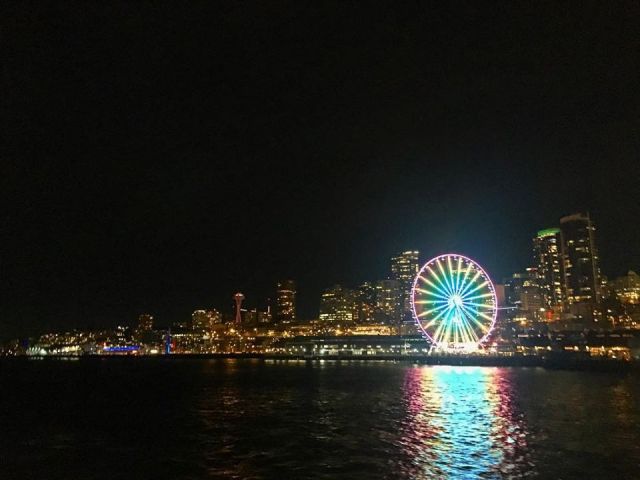 p.s. The views expressed on this site are the author’s own and are provided for informational purposes only. The author makes no warranties about the suitability of any product or treatment referenced or reviewed here for any person other than herself and any reliance placed on these reviews or references by you is done so solely at your own risk. Nothing on this site shall be construed as providing dermatological, medical or other such advice and you are always advised to seek the advice of a suitable professional should you have any such concerns.

Hey guys!! I know it’s been a while since I’ve posted anything, so I wanted to share with you all something that I have been working on and off for the past few months. I used to play the piano (not very well) so I have always had an appreciation for classical music. I found an image of a broken piano and some beautiful roses, and those photographs inspired me to do a pencil sketch of a combination of the two.

I think so far this is one of my favorite sketches! I hope you guys like it too. 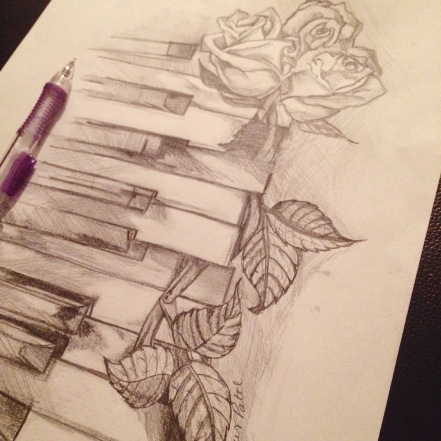 ps. The picture above is a photograph I took

Prints of Rose Song are now up on my Etsy Page 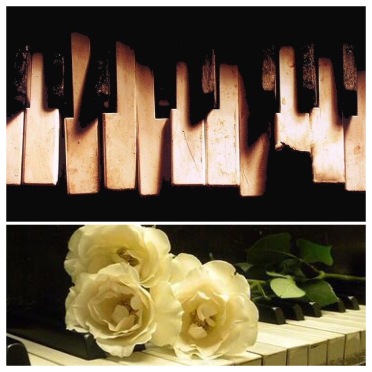 ps: the photographs above of the piano and the roses are images I found on pinterest they are not my own original photograph

“Why says that my dreams have to stay just my dreams?”-Ariel

Mini Little Mermaid painting is now up in my Etsy shop!!

Wish I Could Be now on Etsy

Hey guys so here is the next sketch inspired by Young and Beautiful sung by Lana Del Rey for the movie The Great Gatsby!! I am in love with the twenties look right now, I think that the cat eye look with red lips is very simple and beautiful, if done correctly. I aslo love the beaded flapper dresses, but ones that a little more modern, to fit with the times we live in. 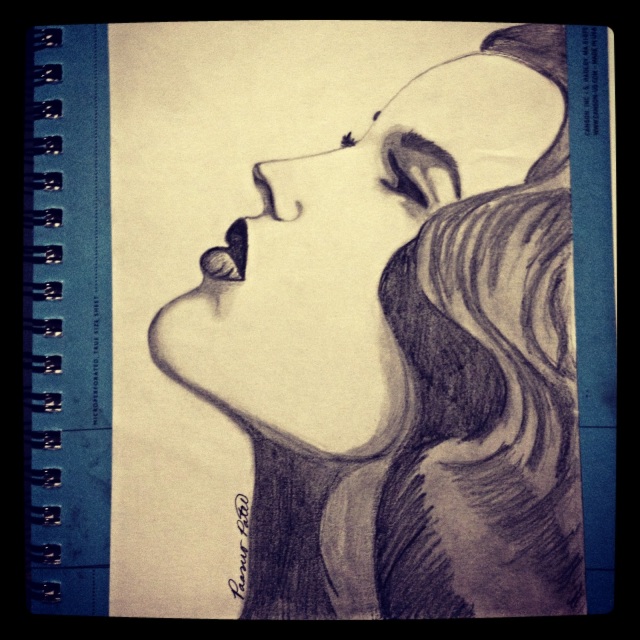 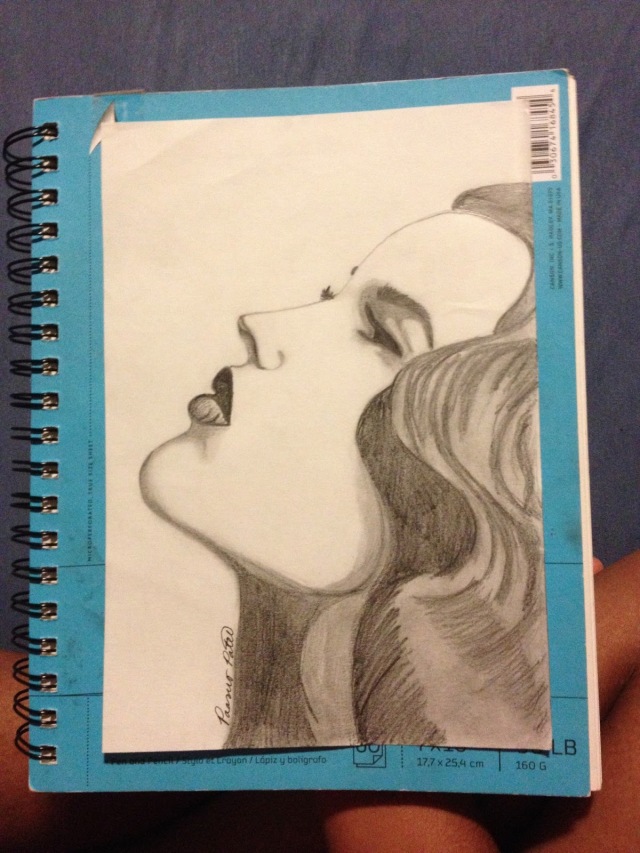 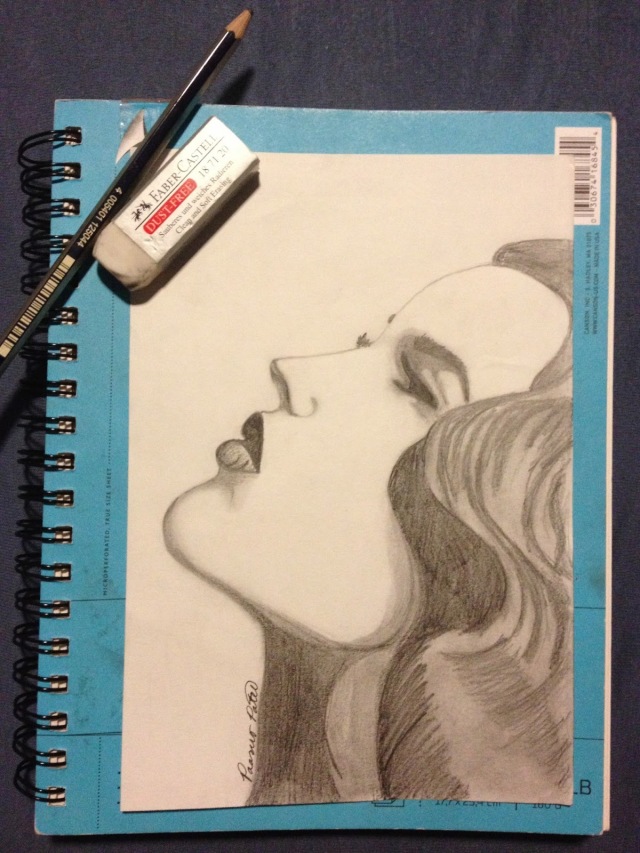 ps. this is a recreation of something I saw on pinterest, I just changed it up to be more my style.

Hey guys!! I hope that you are all having a great week so far!

Lately my sketches have been inspired by different tv shows, movie, and music. I love Demi Lovato’s new album cover. I think that the photo is so simple yet really beautiful. Here is my sketch version of her cover album DEMI. I hope that you all like it!!

I love musicals and operas!! I find them so moving and beautiful. I love how the stories are told through music, and I admire all the details and talent it takes to create an opera.

The Phantom of the Opera is my favorite musical of all time!! I have seen two live performances of the play, in London at the Queens Theater, and in Las Vegas at the Venetian Hotel. They were both amazing, but I preferred the show in London, the set and infamous chandelier were breathtaking!!
I also own four different movies based off of the play.
The 25th Anniversary Edition of The Phantom of the Opera live at the Royal Albert Hall was added to my collection today! (I may have slight obsession).

The Phantom 25th Anniversary stars Sierra Boggess and Ramin Karimloo who play Christine Daae and the Phantom-the Phantom of the Opera, alongside Hadley Fraiser as Raoul. This recreation contained a whole new set, with amazing props and set decorations, and amazing vocals!!! Every time I hear Ramin Karimloo’s voice it makes me week in the knees, his portrayal of the Phantom was brilliant! Sierra and Hadley were also amazing and also have beautiful voices. I was lucky and had the opportunity to see Ramin and Sierra preform in Love Never Dies, the sequel to the Phantom of the Opera created by Andrew Loyd Webber. I will write about that another time!

I hope that you find the 25th Anniversary Phantom dvd as beautiful as I did!!!
Hope you enjoy!! 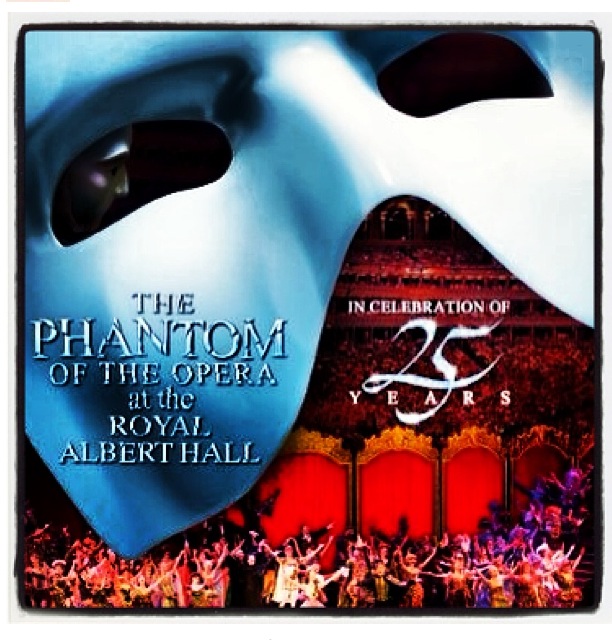 This sketch was inspired by a drawing I saw, I created a Pocahontas sketch similar to this one as well!!

Hey guys!! So I got a lot of compliments on the Part of Your World recreation sketch that I did, so I decided to do my own Pocahontas (Colors of the Wind) sketch!! I incorporated the lyrics to the song in her hair. I hope that you all like it!! I have put it up on my Etsy page if you would like to check it out along with some of my other works!!

Thank you for visiting, let me know what you think!!

All photos/sketches are mine or pictures that I have taken unless otherwise stated. Some sketches are originals, and some are recreations. Please message me before you use one of my pictures. Thank you! xoxo